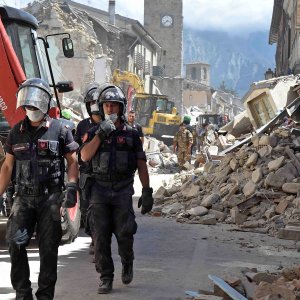 A 6.2 magnitude earthquake devastated a far corner of Lazio – closer to the regions of Umbria, Le Marche and Abruzzo than to Rome – at 3:36 am on August 24 leaving more than 120 victims in its wake.

According to eyewitnesses in this remote area of central Italy, the hamlets of Accumoli, the epicenter of the disaster, and neighboring Amatrice in the province of Rieti, have been razed to ground. “My village no longer exists,” said Amatrice mayor Sergio Pirozzi.

Not a single building, whether of ancient construction or modern, was spared, including churches and hospitals. Almost as equally damaged were Pescara del Tronto in the township of Arquata as well as Posta, in the province of Rieti, and a landslide was reported at the Corno Grande in Abruzzo’s Gran Sasso mountain range.

Italian public safety and emergency management personnel are slowly excavating to pull out the injured. The count is at 158 and will rise when rescue workers, who are proceeding cautiously because of gas leaks, begin to dig inside collapsed homes when access is cleared. Only one bridge in the area is left standing, which is also slowing down procedures.

The victims include an entire family of four in Accumoli, whose cries could be heard, despite volunteers’ furious efforts to clear debris with their bare hands. An 18-month-old child in critical condition at the Ascoli Piceno hospital did not make it; her parents who did, had moved to the town after experiencing L’Aquila’s 6.3-magnitude earthquake in 2009.

The initial early morning earthquake was followed by magnitude 5.1

and 5.4 aftershocks, two of 200 that were felt by inhabitants from Rimini to Rome and as far south as Naples. The epicenter was registered three miles (5 kilometers) away from Rieti.

Outside Italy, the emergency number to call for information on the earthquake, which government officials have deemed as serious as the one that destroyed much of L’Aquila, is +30 06 82888850. 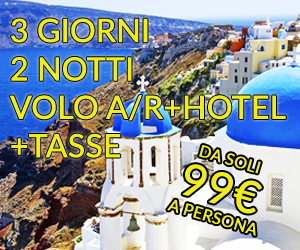